Download The_Case_for_Supporting_Our_Wo.pdf
Again if any of you are interested I produced a document a few years ago for the street work project I was director of on making a case for supporting our work - financially speaking.  I made the arguments about investment now Vs paying for prison costs later....this will give you some ideas on how to maybe market your own arguments because it uses previous research that's 'out there' to underpin the arguments for investing in young people at a young age.
Hope it helps.
Fergal
During the UrbSol discussion on twitter, I used the term 'antisocial behaviour' in a conversation about whether or not a ban on drinking alcohol was an infringement on human rights.
@joanl (who happens to be my mum, and a very experienced youth/community worker) commented that the term 'antisocial behaviour' was both classist and agist - that definitions of anti-social behaviour we largely used to confirm - and legislate in favour of - middle class, middle aged norms, and behaviors that the working classes and youth consider perfectly normal and unthreatening were squashed, or forced into out-of-the-way places because of those notions.
Which reminded me of this interview with the MP (member of parliament) for Falkirk, Eric Joyce. Eric was in the new recently because he got drunk in the House Of Commons bar and got into a fight. He was expelled from the Labour party, though is still an MP, and he did a very revealing interview for Channel4 about his past, the altercation in the House Of Commons, and perhaps more revealingly, about his thoughts on how working class people should be allowed to solve their differences with a mutually agreeable fight, if that's their choice… Brings up some interesting thoughts about how we perceive (or as Dan was reminding us, 'frame') our approach to certain behaviours…
here's the interview, with a text overview and video (if the video isn't viewable where you are, let me know and I'll see if I can find another version…)
http://www.channel4.com/news/regrets-mp-eric-joyce-has-a-few/
</object> 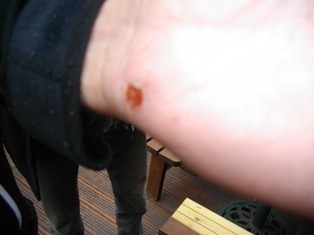 Download Anti-Social_Behaviour_in_the_G.pdf
If any of you are interested I'm attaching my thesis (I completed as part of my masters a few years ago) on the subject of anti-social behaviour.  It focuses on the are area I worked in but provides a useful insight into reasons for and causes of anti-social behaviour which of course often creates the conditions for riotous behaviour and civil disobedience.  Feel free to check it out and use and of course if using just reference properly.
Fergal

A Norm-Critical Approach to Discrimination and Conflict on Prezi

https://twitter.com/#!/solobasssteve/urban-solutions/members
...we've also got a Facebook group that you can join! :)
https://www.facebook.com/groups/443713118972904/
Yesterday we visited BAYC and heard from Continental FC - an incredible project that combines a successful non-league football team with some amazing youth work, reaching some of the most disadvantaged young people in the Birmingham area and providing them with resources, stability and training, as well as the chance to play football in the many mens-and-womens  teams that the club has.
One of the specific events we heard about was an exchange visit for some of the players to Germany, sponsored by the Noel and Jacqui Martin Foundation, which in turn inspired the young people to write and record this song -

Please do check out the work of Continental Star FC and support them where you can - http://www.continentalstarfc.co.uk - it was great to see youth workers from all over Europe so inspired by a grass roots community based project like this.
It's amazing what new sports and pastimes you discover at an event like this - Santa Morozova, as well as being one of the world's leading kettle ball lifters (the sport part of this), juggles them as a hobby - here she is on Latvian national TV, with a brilliant kettle ball juggling routine :)
Ideas from the Urban Solutions seminar in Birmingham to feed into Ed & Bob's research on what works and not in urban youth work interventions. Register for the SALTO Inclusion newsletter to be informed about the publication when it comes out. Www.SALTO-YOUTH.net/inclusionNewsletter Sent from Tony@Geudens.com Mobile
We didn't manage to say goodbye to everyone (Jez and I). Hope the connection to local reality was inspiring, and you are starting to grip a bit tighter the urban connections and birmingham's inspiration. Looking forward to connecting with you from afar. Susie

Musician, Teacher, Speaker, Internettist. www.stevelawson.net is the hub of most things me-ish. (The posts here about albums had all of the embed codes stripped when porting from Posterous - if you drop the album/artist name into Google with the word 'Bandcamp' you'll find each album to listen to!)